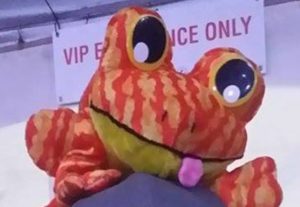 Recently on our Twitter feed (@analog_brewing) we asked the question: which game vintage game needs a reboot? Taking advantage of modern consoles or gaming computer power could give a classic game of our youth a completely new experience! Imagine a Virtual Reality Frogger! (I’ll forgive you if you giggle while imagining people hopping around blindly with the VR helmets on.)

Perhaps it’s nostalgia that makes myself and others long for the games of our youth. Or is it a reflection on modern gaming culture?

When we purchased games for the NES[Nintendo Entertainment System] they were difficult. They didn’t hold your hand and allow you to quick save your way through the game. Mario had 3 lives to start and if you couldn’t collect enough coins or green mushrooms, that was all you had to get through the 8 worlds. The challenge was real and led to real bragging rights when you passed a game. It also lead to my brother and I frantically passing the controller back and forth as one of us would be better at a particular section than the other and perhaps as a duo we could get past the water level for TMNT [Teenage Mutant Ninja Turtles]!

Games were also complete. The initial purchase of your gaming cartridge was it. Prior to high speed internet there was no DLC [Downloadable Content]. The game you bought at the store was all it would ever be. Some publishers would still ship broken games, but if they did the consequences were disastrous. Now, through the marvel of online consoles there are a constant stream of patches, fixes and updates that enhance the gaming experience. The dark side to this coin would be the prevalence of DLC. Many people are wary to purchase a game where it has the pay-to-win mentality of Candy Crush.

In defense of modern games, there are still many great games being made. Overwatch by Blizzard has been out for over a year and continues to release new characters, new maps and upgrades to enhance the gameplay at no additional cost to the player. After more than a year this highly addictive team vs. team FPS [First Person Shooter] is still my go-to game when I have time to kill.

The stories that games can now tell are surpassing movies, let alone their ancestors on previous consoles. The Arkham games by Rocksteady had the best Batman story arc outside of the Frank Miller graphic novels. Would you kindly remember Bioshock’s amazing storytelling twists, both in the original and again in Infinite? This year also saw Horizon Zero Dawn using motion capture technology to capture brilliant performances from their voice actors!

Finally: indie games. Indie developers are the craft brewers of video games. Constantly trying new styles and techniques, they are more than adequate to scratch that nostalgia itch should you wish to indulge. Super Meat Boy, Fez, Braid, and Cuphead to name only a few show what indie gaming can be.

Much as craft beer may never surpass the macro brewers, indie game developers are unlikely to surpass the large developers. In both of our fights I see a common mission: a drive to create something unique and beautiful that can be enjoyed and shared. So let’s have a glass of great craft beer and enjoy a game or two!

ORDERS FOR EDMONTON/St.Albert/Sherwood Park only - ORDER CUT OFF FOR DAILY DELIVERY IS 4:00pm THURS- SAT - ALL ORDERS REQUIRE ID AT DOOR Dismiss